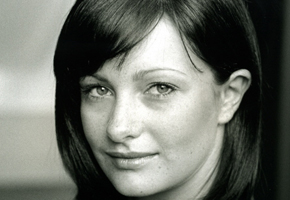 Amy has been dancing, singing and acting since the age of 3. She completed her degree in Musical Theatre at the Arts Educational School London. Her performances during her three year degree included ‘Pippin’, ‘Westside Story’, ‘The Diary of Anne Frank’ and ‘Patience’, she was the general’s daughter In ‘The Pirates of Penzance’ and in ‘The Secret Garden’ as the understudy for Lily. She played the lead role of Julie Jordan in ‘Carousel’. On graduation Amy was signed to BWH Agency’. As a professional Amy performed in ‘Sondheim’s 75th Birthday Gala’ at Drury Lane,  worked on a new musical of Florence Nightingale, as a dancer in the Horse Show Olympia and worked for ‘UK Productions’ as ensemble and the understudy for Tommy in ‘Dick Whittington’. Her teaching career started with CCDA, and other Cotswold based schools. She has gained her ISTD Diploma in dance education for Ballet, Tap and Modern Theatre dance. Amy loves to choreograph and has work on productions for CCDA, including ‘The International Air Tattoo’, fashion shows and dance competitions, 2012 Jubilee celebrations, ‘Young Performers 2012’( Her Majesty’s Theatre London.) As well as ‘Fame’- Stage Productions ‘Macbeth’ and ‘Oliver’ – Pates Grammar. Passionate about teaching, she regularly attends teaching courses to continue her professional development. In 2013 Amy opened her own school of dancing in Tewksbury and now divided her time between this and CCDA. She has responsibility for Pre Junior and Junior competition groups as well as all levels throughout the academy.